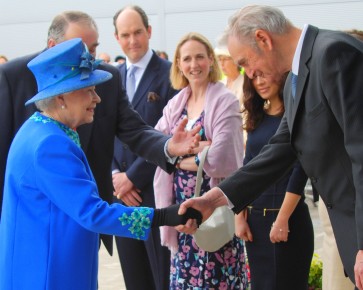 One of the largest Livestock markets in Europe has been officially opened by the Queen.

Her Majesty accompanied by the Duke of Edinburgh visited Welshpool last month during which she was given a tour of the multimillion pound Livestock Market and took the opportunity to meet members of The Pickstock Group including Mal Arthur who has worked with the group for over 20 years. Mal, the contracts manager for the scheme was responsible for the delivery of the construction work which came in ahead of schedule and within budget.